Software You Didn’t Know Was Discontinued In 2022 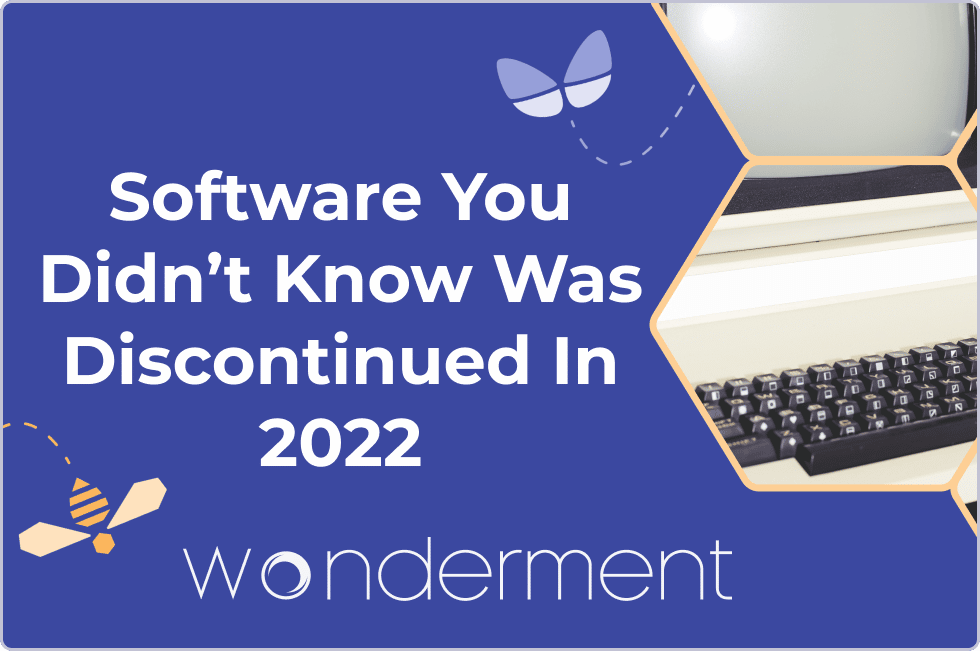 The world of software is constantly changing and evolving. Some applications are retired, while others are updated and replaced with more modern solutions. Software obsolescence is an inevitable part of the digital world we live in today. In order to keep up with the ever-evolving technological landscape, developers are often required to discontinue software applications. Introducing new solutions to replace them.

Internet Explorer (IE) was a web browser developed by Microsoft that first debuted way back in 1995. Over its lifetime IE had gained immense popularity among casual internet users due to its ease of use but had also become infamous for its slow loading speeds and security issues when compared with more modern browsers like Chrome or Firefox. As a result Microsoft finally decided to pull the plug on IE with support ending completely by 2022 after nearly 27 years since its debut.

Meta Bulletin is an online bulletin board system (BBS) created by Meta Networks Ltd., first launched back in 1996 as an alternative to traditional online forums such as Usenet groups or email listservs.

In 2021, Facebook made the decision to switch its branding from a recognizable social media platform to Meta. This move was part of a larger effort to become more user-friendly. Allowing people to access content with an enhanced focus on privacy and security. The rebranding also marked the end of an era for Facebook.  Attempting to better align itself with its wider business objectives. Unfortunately for Meta Bulletin users, this decision was made at the expense of their beloved bulletin board system.

Despite being incredibly popular during its heyday due to its intuitive user interface and powerful features Meta Bulletin eventually fell out of favor over time. Different competitors taking the charge of the scene such as Reddit or Discourse communities. As a result, Meta Networks announced in 2021 that they would be discontinuing all support for Meta Bulletin effective immediately ahead of 2022 when it will no longer be accessible online at all.

Google Stadia is a cloud-based game streaming service that was released in November 2019. The service allowed users to play video games instantly. Without the need for expensive hardware or downloads. It provided gamers with access to AAA titles at no cost, along with exclusive discounts on select titles. Google announced in February 2021 that they would be discontinuing Stadia. In 2022. Due to a lack of interest and the increasing popularity of other competing services.

In the wake of Google Stadia’s discontinuation, gamers have turned to many other services to fulfill their gaming needs. Xbox Game Pass, PlayStation Now, and GeForce NOW are some popular alternatives that offer access to a wide library of titles at an affordable cost.

Google Hangouts is an instant messaging app that was first released in 2013. For many years it was one of the most popular messaging apps available and was widely used by businesses and individuals alike. In 2020 Google announced that it would be discontinuing Hangouts and replacing it with two other services. Google Meet for business chat, and Google Chat for individual users. The transition process began in April 2020 and was taken fully offline in 2022

Twitch Desktop App was the official desktop client for Twitch’s live streaming services that allowed users to easily manage their Twitch accounts from their computers. Released in 2017, the app quickly became a popular choice among both streamers and viewers alike. Being able to watch broadcasts, chat, and raid streams. However, after Amazon acquired Twitch in 2019 it was decided that the desktop version of their application by 2023.

Google announced in late 2020 that they would be discontinuing their Chrome desktop app. The app made its debut back in 2014, and although it had once been quite popular among casual web users, the introduction of more modern browsers such as Firefox Quantum and Edge Chromium led to a steady decline in Chrome’s user base. As a result, the app was officially pulled from all major desktop platforms in late 2020 and its support was ended altogether in 2022

Chrome Apps were applications originally built using HTML5 technologies meant specifically for Chrome OS devices such as Chromebooks or Chromeboxes released back in 2013 by Google. These apps could be accessed directly from within the Chrome Web Store where they could then be installed onto compatible devices allowing them to run locally rather than through an internet browser window giving them much better performance boosts over regular websites and webpages but unfortunately these apps have been phased out since 2016 when Google announced plans for phasing out any further development of Chrome Apps by the end of 2022 once everything is fully transitioned over instead into Progressive Web Applications instead (PWAs).

Windows 7 will cease being supported entirely come 2023 after remaining alive since 2009. This long era officially comes to an end when every single version of Windows 7 becomes unsupported come January 2023. Software updates will cease coming altogether leaving everyone who still uses this OS vulnerable. Take action soon if you are still running on this operating system!

Microsoft has also discontinued support for its popular Microsoft 365 service. This marks the end of an era for many users who have relied on the platform to power their businesses. Although no official reason has been given, it is likely due to a shift in focus towards more modern services such as Office 365. Offering similar features with better performance and security benefits. As a result, users are now being encouraged to migrate away from Microsoft 365 before the end of Q1 2023. After which all support will cease completely.

Software innovation has been a driving force in the technology industry ever since its inception, and it has become increasingly important in recent years as the need for improved performance and security rises. This concept is particularly relevant to software, as new versions are developed that offer superior features and capabilities. As a result, this means that outdated software often becomes unsupported or discontinued over time due to the fact that their developers can no longer maintain them effectively due to changes in user requirements.