NASA Earth Sciences Division is focused on understanding the Earth’s different properties, while examining the various effects of human and natural processes that impact the Earth. The goal of this division is to better predict and prepare for the future evolution of Planet Earth. 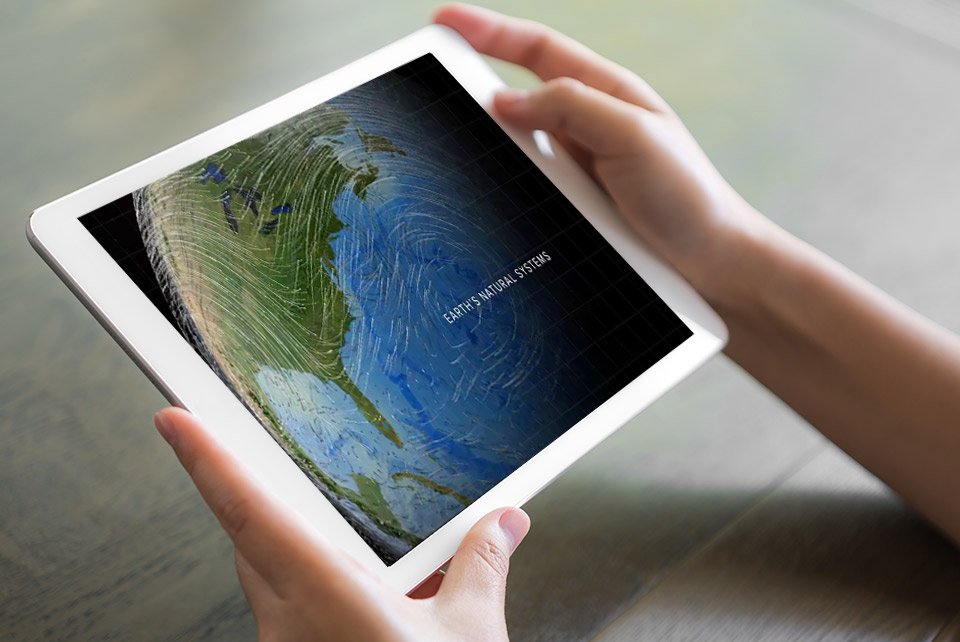 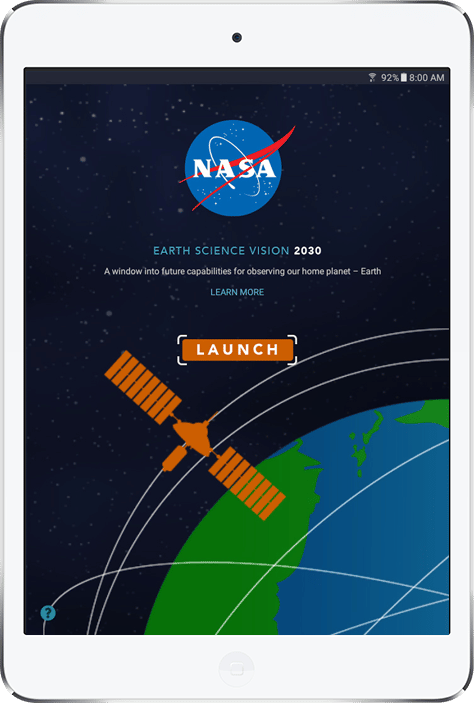 The NASA Earth Science Vision 2030 App was designed to share the vision of the next 30 years from the Earth Science Division.  The goal was to create an engaging app that would use a specially designed poster to launch the 30 year vision educational video. Our team was inspired to develop a creative way of informing all types of audiences of the exciting new projects the organization is working on for our future.

We worked closely with the NASA team to best understand the type of engagement they wanted to have, and to create an interactive way of telling their story. We started by interviewing them and learning how they were trying to engage with their audience. As we learned about their goals, we created a set of wireframes that acted as a prototype for the app. The wireframes mapped how we would guide the user to interact with the different media pieces that would be integrated into this project, including the custom poster and educational video. After iterating with the client through multiple rounds of feedback, we ultimately landed on a final and approved version of the UX flow.

We then created design concepts that incorporated a look and feel from assets they had already completed with our own distinct flavor blended into it. Once the designs were finished, we started development on both iOS and Android, where we created the interface portion of the app in addition to a prototype of an image recognition tool that would launch a video. Once those pieces were completed, we merged them together into a single app while blending all the media pieces together. From that point, we initiated several rounds of in-depth testing and ultimately released the final version to the store.

We are passionate about every idea - big or small, that could be transformed into the realization of a vision.

Your project could be here!
Ready to get started?